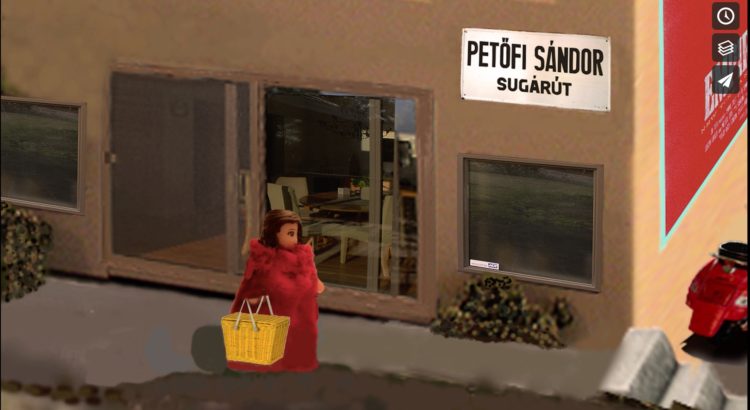 Shot 2: The Girl Who Cried Wolf Last write-up, I described how the first shot was done. The second shot, which jumps closer to the building, focuses on Sara walking along the building, toward her moped. Initially, I took a series of photos of her moving, then put it all together. I imported these separate […]

In September of 2016, I decided to try my hand at stop motion. I scoured amazon for a Lego café/bakery set which came with two figurines, one blonde, one brunette and most importantly a red moped. I wanted to play on the ancient tale of “Little Red Riding Hood” and the moped seemed like an […]