This week’s blog is Isabella Piper’s review of “Bad Feminist”, a collection of essays by Roxane Gay.

Isabella Piper is a young poet, blogger and writer. You can find her persistently writing for others and on her own website, isabellapiper.com. She is pursuing a creative writing degree in her near future–in hopes of expanding and perfecting her career as a creator.

Feminist writers are essential. One who has left an incredible imprint on my mind is Roxane Gay. Her poise, intelligence and sincerity will be ingrained in my heart and mind forever. The way she portrays herself and the “bad feminist” community is worth exploring and not just for feminists, or women. This is why her book is a must read for all. 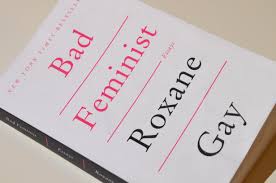 The title “Bad Feminist” alone could spark an entire conversation. According to Gay, she is a feminist who loves and respects men, women, children (and the color pink). Some people generalize feminists as a group of women who despise men, among other misconceptions. Gay reminds us that feminism is about coming together and embracing all aspects of gender equality. 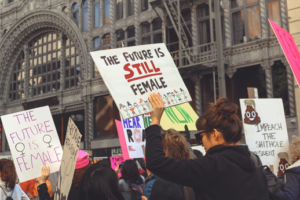 “Bad Feminist” is a collection of forty essays that explores Gay’s feminist perspective and those of other women.  She explores in depth such sensitive topics as race, gender, and pop culture and engages her readers in a raw and astounding fashion.

The book is divided into five sections. Me; Gender & Sexuality; Race & Entertainment; Politics, Gender & Race; and Back to Me. The book begins and ends with her. The full circle journey chronicles the trials and struggles which made her into the resilient and strong-willed person she is today. This inspired me to take up the same practice and share, through writing, personal essays and living my ideals. 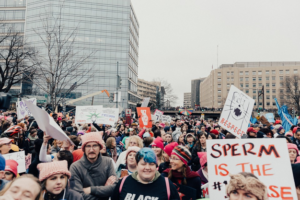 The part of the book that stuck out to me as a reader and feminist, is the fact that she makes other women part of the conversation. Instead of tearing other women down, she builds them up. The exploration of women in friendships, women in relationships and the hardships that are inherent in both spheres, are key points in the book.

Gay also addresses the ways in which women of color are depicted in film and are perceived by society as a whole. It is important for all of us to speak about his openly. Gay writes that she is the only woman of color employed by her university. Although I am not a woman of color, I feel deeply for those who feel as if they are seen as differently for any reason. This topic needs to be written about openly and honestly–she continues to convey those two emotions effortlessly.

Although I could write about this book for pages, I recommend you read it yourself. I understand that not all readers are feminists, or even women. But, feminism is about inclusion above all else––embracing those who all too often have been oppressed and victimized.