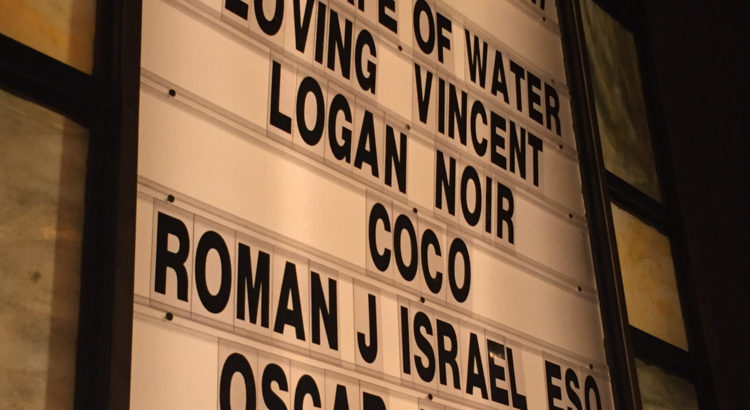 Having moved to Bushwick only two weeks ago, I’m still getting acclimated to the aggressively artsy vibe, which is usually repressed in the other boroughs. At your typical Upper East Side cafe, you usually hear patrons strategize about leaping to the next rung of the corporate ladder; in Bushwick cafes, you’ll see actors rehearsing lines for a play.

This is as it should be – if you want to be overt about capitalism, you have the rest of the country at your disposal.

As a writer and filmmaker, I dig gems like the Syndicated Bar & Theater, which has a 50-seat theater behind the impressive bar layout. In addition to regular consumer fare, the venue screens the 2018 Oscar-nominated short films, which to a filmmaker of film buff is like sampling delicacies at a great bakery.

Inside the theater, style seamlessly follows substance, as your comfortable two-seater features a table and a menu. You can order drinks and food during the screening and a subtle shadow will deliver them, always careful not to block the screen.

A few humble observations about the films: there is nothing out of bounds technically speaking. In animated films, drawings, sketches come alive with the ease of live action. In digital forests, every leaf is sharp and distinct from the next.

Interestingly, (or maybe not), films from the U.S. usually feature some sort of message. The dangers (and sadness) of bullying are on full display in the joint Disney-Pixar film “Lou”. How long before Pixar turns its animation prowess to address school gun violence? Kobe Bryant’s “Dear Basketball” is charming, yet completely toothless. If his name were not on it and the animation not so seamless, the film would be dismissed as a heartfelt student film exercise.

In the heyday of the studio system, studios had a story department, usually headed by a chain-smoking old-timer who scrutinized every script and focused on the story element.

We could use the same spirit at modern studios, regardless of size and affiliation. Story is still paramount, whether you tell the story with sock puppets or match sticks. Or million dollar cameras and post-production facilities.

As such, “Revolting Ryhmes”, a British-German production based on Roald Dahl’s book of the same name stands out. It mixes and matches five poems from the book into a seamless pastiche of character, humor and insight. The audience around me came alive for this film, like for no other. The pleasures of this-type of film which clearly has an audience in mind are magnified when you watch it in a theater. 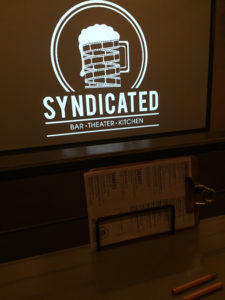 True to cinematic cliché, the strangest offerings come from France. “Garden Party” is the graduation film of six French animation students and reflects a unique (if unengaging) point of view. Following an (unseen) burst of violence at a luxury mansion, frogs take over the property and frolic in the pool, chase butterflies and make the viewer wonder what went down prior. When the answer arrives, it is neither insightful, nor satisfying. Gatsby filtered through a European sensibility.

Final recommendation: watch these shorts, especially if you are a filmmaker. The short form is as tricky as a feature, in some ways even more so. You have a fraction of the time to engage audiences and to provide the one revolution necessary to bring the story full circle.

One thought on “Oscar Fever”